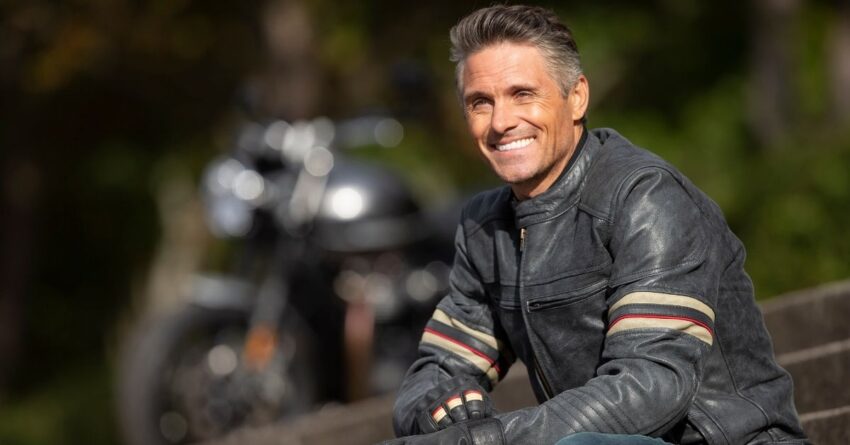 You don’t have to be on social media or to read the motorcycle press for long before you find a doom-monger warning that the future of motorcycling is bleak.

The assault on biking seems to be coming from all sides: the environmental lobby, traffic-free areas in towns and cities, and the increasing pressure on local authorities to get people away from private vehicles and into public transport; the fact motorcyclists are apparently all getting older and older and the next generation just aren’t interested in bikes; not to mention society’s seemingly increasing aversion to anything that might represent risk. It all sounds a bit grim.

Call us eternal optimists, but look beyond the doomsday headlines and things don’t look that bad at all – in fact the future of two wheel transport looks a lot brighter than you might think. Here’s why:

Motorcycles make up around 3% of the 40 million road vehicles on UK roads, yet they contribute less than 1% of CO2 emissions.

Add to that a Belgian study in 2011, which found that if just 10% of private cars were replaced by motorcycles, congestion would be reduced by 40%, and it’s plain to see that if more people made the switch from four-wheels to two, emissions could fall considerably and there would be less gridlock on our roads.

Bikes like Triumph’s new Trident, the Yamaha MT-07 and Honda CB500X- seriously sorted machines that appeal to both new and experienced riders. Selling for between £6,000 to £7,500, they have the potential to really change the game, making motorcycling an attractive and achievable option.

Add to that the massive improvements in safety we already have – ABS, traction control, anti-wheelie technology, switchable riding modes – and those that are on the horizon, like vehicle-to-vehicle connectivity, and people who previously may not have considered riding before, may be much more willing to take to two wheels.

Manufacturers are also doing a better job of trying to encourage non-motorcyclists into the fold too – think of things like Piaggio’s three-wheeled MP3 range, that you can ride on a car licence – and the increasing choice in the smaller capacity commuter options. These all help get more people out of cars, trains and busses and on two (and three) wheels.

3. Electric bikes are getting better all the time

For those who want to go green, and early adopters of new tech, electric bikes now offer similar weight, performance and handling to petrol-powered motorcycles

Check out the following figure from a Zero SR/F: 140ft/lbs of torque. For comparison, a Yamaha R1 puts out 83 ft-lb and the supercharged Kawasaki H2 delivers 94.66 ft-lb. The Zero’s power output is equivalent to 110hp, it has an urban range of 161 miles and a full recharge takes as little as 2 hours. That’s a lot of fun combined with a lot of practicality. And you won’t wake up the neighbours if you decide to go for a ride at the crack of dawn!

4. Riders are getting younger

There’s a popular misconception that motorcyclists are getting older, and pretty soon there won’t be any left riding bikes. Although there is some truth in that – the average age of motorcyclists in the UK has been going up – there are indicators that it’s starting to shift.

Research by one bike insurer in 2016 showed that the majority of people asking for quotes were aged between 20 and 30 years old. Why? Well, saddled with student loans, salaries that (when adjusted for inflation) are quite a bit lower than their parents’, increasing cost of housing etc. younger people might not have the spare cash to buy a car, which themselves are getting more and more expensive.

Add to that the cost of ownership, insurance and the fact that most younger folk live in cities and will have nowhere to park a car anyway, and a motorcycle or scooter starts to look like a more affordable and practical way to get some personal mobility.

5. Bikes are good for business

One of the biggest growth areas in business in recent years – accelerated by the pandemic – has been the ‘last mile’ delivery sector.

More and more of us are shopping online now, we’re buying a more and more diverse range of products, and we demand quick and reliable door-to-door delivery.

Businesses are realising this, and capitalising on it, recognising that two wheels are a faster, more reliable, cost-effective and environmentally friendly way of getting things from A to B than cars or vans. Deliveroo being an obvious example.

Fleets of electric scooters are coming to a street near you very soon, carrying everything from fresh sourdough made at your local artisan bakery, to an express delivery of washing machine parts, or a family-size pizza meal deal for four, right through to the latest smartphone released that day.

What does that mean for motorcyclists? The more bikes and scooters there are on the road, the more the powers that be will have to start recognising us, listening to us and responding to our needs…

So there you have it. The future of motorcycling is bright. Even more reasons why riding makes you smile.