Yamaha have finally revealed the expected new YZF-R6 today, and isn’t it a beauty? With a redesigned front fairing, featuring slim, aggressive LED headlights and a sculpted tail reminiscent of the R1, Yamaha have finally updated the R6’s look in line with the rest of their Supersports line-up. 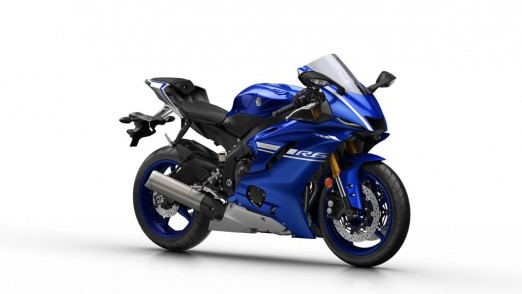 Available in Race Blu and Tech Black, the bike’s electronics and engine have also received an upgrade, with adjustable 6-position traction control, YCC-T, YCC-I, ABS and Drive Mode all as standard. The chassis now has a lighter magnesium rear subframe, and the front forks are 43mm instead of the 41mm of the 2016 model. The 599cc parallel-4 engine seems to be the same as the 2016 R6, but if it ain’t broke, don’t fix it!

This upgrade certainly looks the part – will we see a similar upgrade to the YZF-R125 in future? Only time will tell!