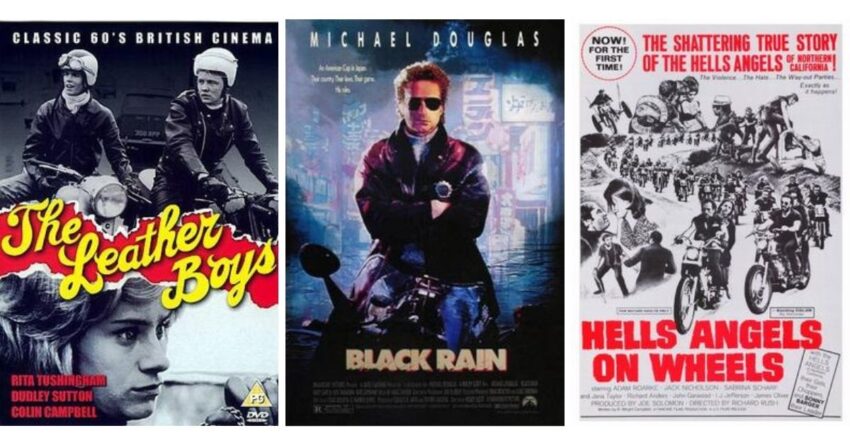 On Any Sunday, The Wild One, Easy Rider… We’d wager most bikers will have seen these iconic movies at least once. There are plenty of less well known motorcycling films that should definitely be on your ‘must watch’ list too. In no particular order, here’s our top ten:

TT3D: Closer to the Edge

An uncompromising look at the legendary Isle of Man Tourist Trophy, this feature-length documentary film chronicles the TT’s unique history and legendary rivalries. It also explores why riders still lay everything – including their lives – on the line to win and follows the leading riders in the 2010 race, Guy Martin and Ian Hutchinson, in their bid to become King of the Mountain.

Based on the journals of Alberto Granado and Ernesto Guevara – the man who would later become the revolutionary leader ‘Che’ – The Motorcycle Diaries follows the two friends as they leave their familiar surroundings in Buenos Aires on a 1939 Norton 500 to explore South America. What they see and experience on the way changes them – and ultimately, the World – irreversibly.

Produced by and featuring Jackass star Johnny Knoxville, Being Evel tells the story behind the man, the myth and the legend of the World’s most famous stunt rider and daredevil: Robert Craig Knievel. Using interviews and original footage, Being Evel shows the highs and lows of the Iconic stuntman’s life and escapades, warts and all.

Upon discovering a dark family secret the leader of hell-raising teen motorcycle gang ‘The Living Dead’ makes a pact with Satan to achieve immortality. His gang follow suit and join him on a murderous rampage – mainly in Walton-on-Thames. Packed with black humour, eccentric performances – and plenty of British bikes and cars – Psychomania is a cult horror classic not to be missed.

New York City cops – Michael Douglas and Andy García – are thrust into Japan’s underworld when Yakusa member Sato gives them the slip while being transported to Osaka for his murder trial. Though not specifically a motorcycle movie, Black Rain is packed with iconic 80s bikes – ridden by the main protagonists and their foes – and adrenaline-fuelled riding sequences, beautifully choreographed by director Ridley Scot.

A gas station attendant – Jack Nicholson before he became a household name – hooks up with a chapter of the Hell’s Angels for what he thinks will be hedonism and excitement, but things quickly take a turn for the worse. Made in the late 1960s when American paranoia about outlaws was peaking – and featuring actual Nomads and Angels members, including Sonny Barger – Hells Angels on Wheels feels tame in comparison to today’s offerings, but is still well worth a watch.

A motorcycle cop hoping to break out of his rookie status and join the homicide department, catches a break and gets an opportunity to work on a murder case, but he quickly finds himself at odds with his colleagues. Alongside the Harley patrol bikes there are plenty of other 1970s American vehicles to drool over, and a soundtrack performed by members of the band Chicago; some of whom appear in minor roles in the film.

An inspiring celebration of motorcycling and the community that surrounds it, told by racers, riders, pioneers, and parents of those involved in the pursuit, this award winning documentary film shares the passion of riding and shows the camaraderie of the friends and families who ride together. If you’re not loving biking like you used to, watch this.

Riding Solo to the Top of the World

An extraordinary documentary film about unemployed filmmaker Gaurav Jani’s solo journey on his 350 Royal Enfield Bullet into the Himalayas and his quest to ride to one of the most remote places in the world, the Changthang Plateau in Ladakh. Shot entirely by himself, mainly from a tripod, Riding Solo outlines both the physical and mental challenges a ride like this can bring, all framed by the truly breathtaking landscapes of the Changthang.

A somewhat off-centre look at early 60s rocker culture, The Leather Boys focuses on two south Londoners, Reggie and Dot who – despite their youth – decide to marry. Their relationship is tested and as they drift apart. Reggie befriends fellow rocker Pete, unaware that Pete wants much more from him than friendship and a bit of fun on their bikes. Not your average youth culture film, Leather Boys is surprisingly bleak for the time, but does still feature some great British bikes. The Ace Cafe plays a starring role too.

As the nights start to draw in, you can still get your motorcycling fix, with a classic movie. And you can impress your biking buddies by introducing them to a forgotten film.