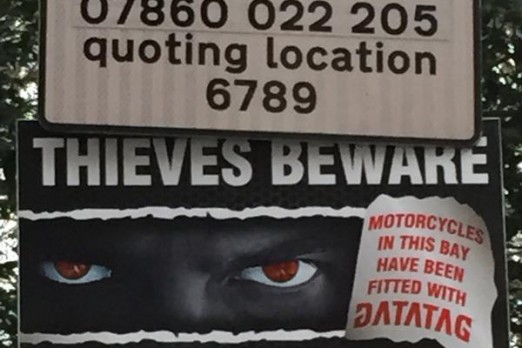 Since September 2014 no motorcycles have been stolen from the location, a staggering statistic considering that during an average year 52 motorcycles are stolen from it’s bays. This feat was achieved by advertising onsite tagging at a reduced rate for motorcyclists using the pay-to-park area. Datatag and Westminster City Council were on hand during a day in September where the service was offered for £50.

This drastic drop in theft isn’t only great news for users of St James’ Square as Paul King from Westminster City Council confirmed plans to repeat in ‘other theft ‘hot spots’ in the City’. More success of the idea in London could see other Councils around the country follow suit.