EICMA (Esposizione Mondiale del Motociclismo) in Milan this week has been busy as ever! With lots of new bikes announced, we bring you a round-up of the new models and updates from the “big three” manufacturers.

Suzuki have introduced two new bikes based on their 250cc engine – a V-Strom and a GSX.

Both bikes will run an engine producing just under 25bhp horsepower, and share many component parts. ABS will also be standard, and both models are estimated to weigh in under 190kgs. The V-Strom joins a new line-up of smaller-cc adventure bikes coming out next year, while the GSX-250R joins the existing Inazuma line-up as a more stylish and enjoyable commuter.

Suzuki have also released an updated version of the Burgman 400, featuring an updated bodywork design (sleeker than the previous version, with foot cutouts for a more stable feel and a newer windshield design), and the usual creature comforts such as a comfy seat and 12v socket.

A naked version of their just-announced GSX-R125, the GSX125, has also been announced. At just 133kgs, it’s super-light and ideally placed as a rival to Yamaha’s YBR and Honda’s CB.

Honda have released quite a few new updates at EICMA, following on from a host at Intermot just a few weeks ago. The most noted being the street version of their Fireblade, the CBR1000RR. 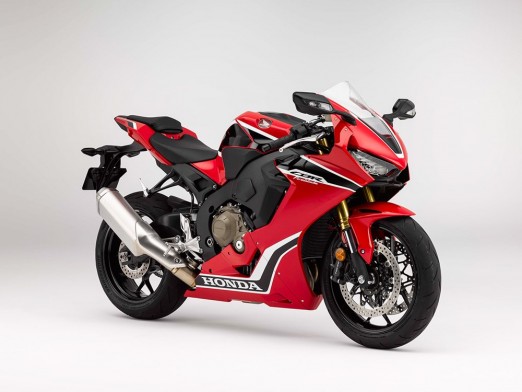 The entry-level Fireblade sports 9-level traction control, non-semi active suspension, three rider modes and a full colour TFT dash. The CBR1000RR is slightly lighter, at 196kg. 90% of the new model is redesigned and improved for 2017 – we can’t wait to get one in the showroom!

The CBR650F and CB650F have received a handful of upgrades each, including a slight improvement to their power output, now at just under 90bhp each. A larger exhaust helps them both breathe a little easier, and the front fairings have been made more aerodynamic.

Honda have also released more details about the X-ADV off-road scooter – a fantastic mix of scooter convenience, now with the added capability of large spoked tyres, an upright riding position and large adjustable screen. 21L of space under the seat and enough power from the NC-derived 750cc engine make this a curious machine, but one that has a lot of potential! 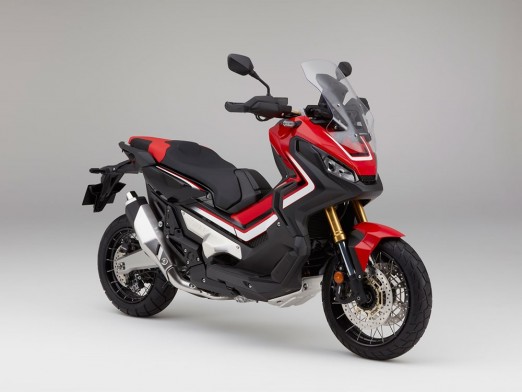 For fans of off-road style while riding on tarmac, two new treats are in store: the CRF250L and CRF250 Rally. The L is a lightly-updated version of the current model, but the Rally is a new beast, inspired by Dakar machines and taking a few cues from the HRC CRF450, such as the screen and exhaust shield. Both bikes achieve just over 24bhp, and feature ABS and a digital dash, while coming in-line with Euro4 emissions standards.

Honda’s scooter range hasn’t been neglected either – the Forza 125 and SH 125 have both received upgrades. The SH 125 can now fit a full-face helmet under its seat, and Combined Braking has been added to its long list of features for the commuter. The Forza 125 benefits from a styling upgrade to its bodywork, as well as new LED running lights. New Idling Stop technology has been added, as well as Honda’s Smart Key features. The ever-popular and stylish MXS125 has also received minor upgrades, in the form of ABS and Euro4 compliance.

Yamaha have been busy this year already, releasing a variety of new machines into its stable at Intermot earlier in the year. At EICMA they have added to two favourites, at either end of the spectrum! 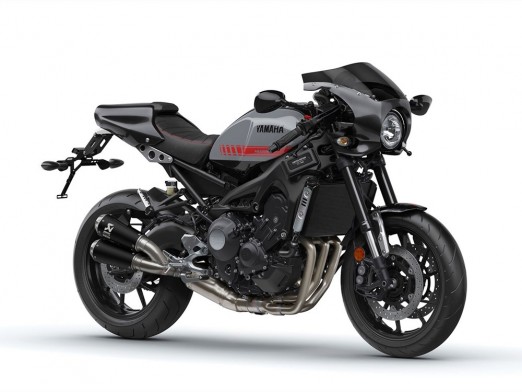 The XSR900 is already a favourite with the retro crowd, but a new Abarth edition is sure to get heads turning. This 113bhp beast features drop handlebars and a front half-cowl, making it a sure contender for one of this year’s best-looking models. A full Akrapovic exhaust system, in addition to a custom suede seat, ABS and an Assist & Slipper clutch tick all the boxes too.

Yamaha has lead the way in sports scooting for years with the T-Max, and now the 530 receives a few upgrades for 2017 to bring it up-to-date with the most advanced motorbikes too. Three models will be released, the SX and DX adding to the standard scoot. The bodywork is sharper, sleeker, and the T-Max’s technology has also been updated, with an inbuilt tracker and traction control being offered. 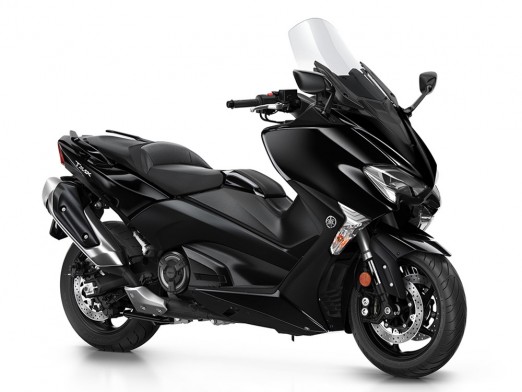