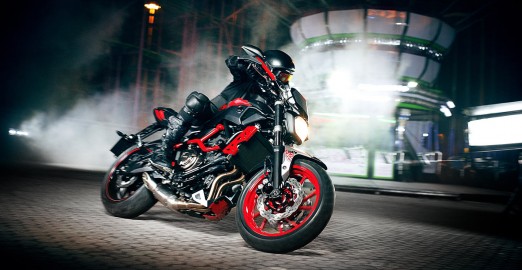 This month brings big news for Yamaha. Intermot, Cologne’s international motorcycle fair, takes place as of tomorrow; Yamaha will be hot off the mark in unveiling their latest designs.

First on the scene is the extreme Yamaha MT-07 Moto Cage, aimed at younger thrill-seekers and available from November. Its influential design features bold graphics and specially developed stunt-inspired components, including frame-mounted engine guards and a tough tubular underguard.

Its matt grey and red design with contrasting wheels underline the Moto Cage’s street-inspired image. Riders can go a step further with a powerful Akrapovic exhaust and an extensive range of add-ons.

Adding to the street cred of the MT-07 Moto Cage is three-time World Champion Rafał Pasierbeck, chosen by Yamaha as the model’s official stunt rider. In 2015 his skills will be showcased exclusively on Yamaha bikes.

The brand’s direction for the 2015 Sports Heritage collection is equally evolving. With a stripped-back design, in the new year the reworked XJR1300 and its Racer counterpart are made to be customised. Yamaha have accessories covered, including newly developed LED indicators, sport screens and custom narrow handlebars, to be purchased separately according to the rider’s tastes.

Thanks to a second collaboration with custom builders Wrenchmonkees, the XJR1300’s custom feel is authentic. Look out for the new solo-seat design and tapered aluminium handlebars, harking back to the racers of the ’70s. The Racer is enhanced with a sporty carbon seat and focused riding position to revive the Café racer style.

The new XJR range is available from December, while January 2015 will see the unveiling of the ABS-equipped top-selling supersport YZF-R125. A new Racing Red colour completes the range.

The grand finale will be the announcement of three brand new custom builds to celebrate the thirtieth anniversary of the legendary VMAX. German builders JvB Moto have the honour of the first project, to be launched early next year. Like the XJR1300, minimalism is key: the design promises to pay homage to the ’80s original.

With these daring new models comes a development in style. The 2015 Classic Collection will feature a vibrant new colourway in black, white and red, with options for men, women and kids. Sports Heritage followers will want to look out for the vintage-style Heritage leather riding jacket, while commuters with lightweight models will appreciate the all-weather city Scooter jacket. Its protection and thermal layer can be removed, making it ideal for both riding and day-to-day use

Look out for updates via Yamaha’s social media channels.
In the meantime, peruse the Fowlers range of Yamaha bikes. 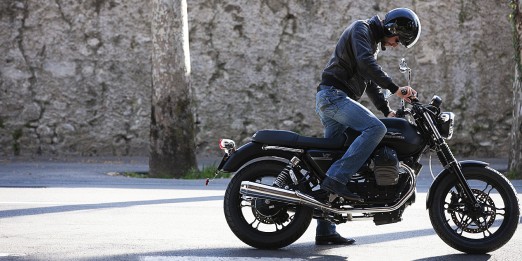 This week, motorcycle specialists from RAC released key tips and data to promote bikers’ safety on the roads.

Tips include regularly checking tyre pressure, as well as looking out for potentially dangerous cracks or dents in the rubber. Fluidity is a buzz word: bikers are advised to ensure that controls are properly lubricated and the throttle is easily manoeuvrable with no sticking.

Cables that are kinked or frayed are a cause for concern, while lights and reflectors should be checked often for signs of damage or faultiness. Leaking fluids should automatically raise a red flag, and RAC’s specialists advise assessing the condition of the chassis on a regular basis.

In addition to their safety advice, RAC have collated the top reasons for motorbike failure or breakdowns on the road. Flat batteries are a major culprit, along with ignition-related malfunctions. Cracks or objects stuck in the rubber lead to flat tyres, while problems with the engine itself often lead to roadside assistance.

The majority of reasons for motorbike failure released by the automotive services were related to the condition of the bike, supporting their advice to know your machine inside out. Even if it seems minor, keeping on top of any wear and tear is likely to save you time and money down the line.

For more information about motorbike insurance and the law please visit the RAC website.

If you’re due a service, why not book in with our Servicing Department?
Alternatively, view our range of Oils and Lubricants here. 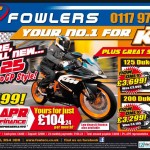 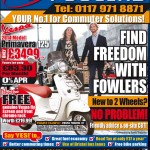 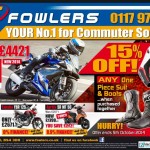 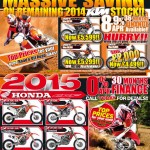 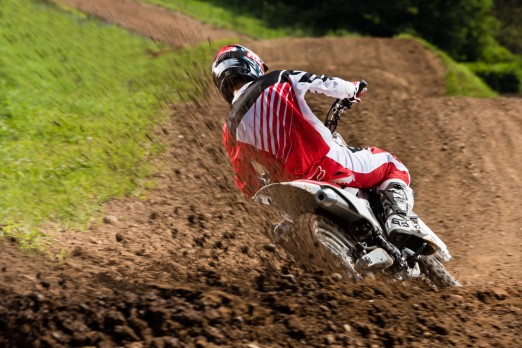 Want to try the new 2015 Honda Off-Road bikes? Book a 30 min slot now and try these bikes for yourself! Additional afternoon slots may become available on the day. £25 per session.

The awesome bikes on offer are as follows:

More info on the location

Here’s a great chance for you to try out Yamaha’s latest 2015 YZ250F and YZ450F and their latest 2 stroke offerings! Also, there will be an exclusive opportunity to experience Rinaldi’s finest tuning parts on selected test bikes! The Yamaha Off-Road Experience will be on-hand to look after all of the on-circuit activities ensuring you get the best out of your time on the bike. Erik Eggens (Yamaha Motor Europe’s tame test rider will provide additional technical support). Divided into morning and afternoon sessions. test rides will be limited to three fifteen minute sessions per person for a nominal fee of £40.

To be able to ride on the day you are expected to provide your own riding kit, be of a reasonable riding standard and not prevented from riding for any medical reason.

VIPs will also be present at the events the details of which are to be confirmed.

Call the Sales Team now on 0117 970466 to find out more or book. Spaces are limited and on a first-come first-served basis. 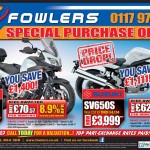 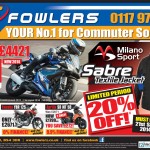 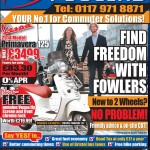 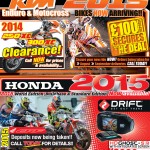 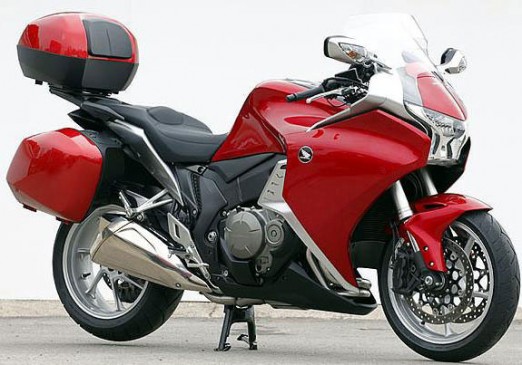 The new VFR1200F GT will come with all of the below accessories as standard: