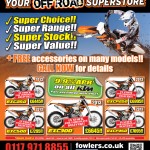 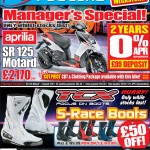 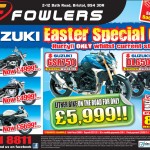 This is the full review from ‘The Post’ – Written by Jon Bennett.

Thirteen may be an unlucky number for some, but certainly not for Triumph. Hot on the heels of their delectable 2013 Street Triple, Jon Bennett test rides the exquisite new-for-2013 Daytona 675.

EVER since its debut in 2006 the Daytona has consistently topped comparison tests, won awards around the world and even trounced high-spec superbikes in head-to-head shootouts. Race versions have taken titles around the world and seven years on it’s still a winner on the track, yet it’s the bike’s razor-sharp style and growling, muscle-packed character which has appealed just as much to its dedicated owners. Now for 2013 Triumph has unleashed an all-new Daytona 675 and Daytona 675R, with a brand new engine, new frame, fresh and sophisticated new bodywork and a host of other changes built on everything Triumph has learned from the enormously successful outgoing model. A few tweaks and modifications would have kept the 675 on the pace, but the 2013 Daytona is set to raise the bar once again. The result is a bike which is 1.5kg lighter than the old model, with more power, an extended rev range, greater precision, feel, and increased agility. It’s faster on the track, better on the road and even more satisfying to own.

END_OF_DOCUMENT_TOKEN_TO_BE_REPLACED 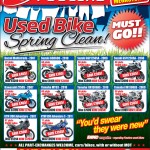 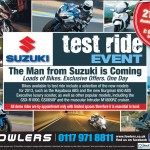 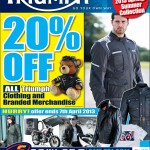 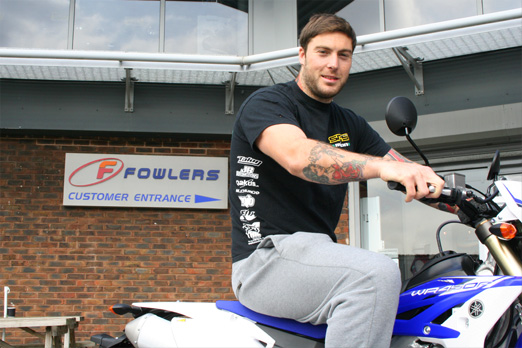 Rugby Union star Matt Banahan came to pick up his brand new Yamaha WR450F and took the time to pose for a few pics with his new ride!

The Bath and England player was thrilled to receive his off-road powerhouse and has always been an avid fan of two wheels. His previous purchases include Yamaha’s monstrously powerful V-Max!

END_OF_DOCUMENT_TOKEN_TO_BE_REPLACED

Suzuki GB was delighted to present more than 20 of its dealers with Long Service Awards recently, all having represented Suzuki motorcycles in the UK for more than 30 years, at the same time as the Japanese manufacturer celebrates 50 years in the UK.

A big congratulations to everyone involved! 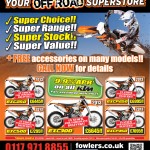 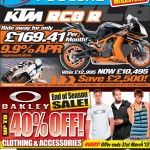 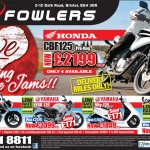 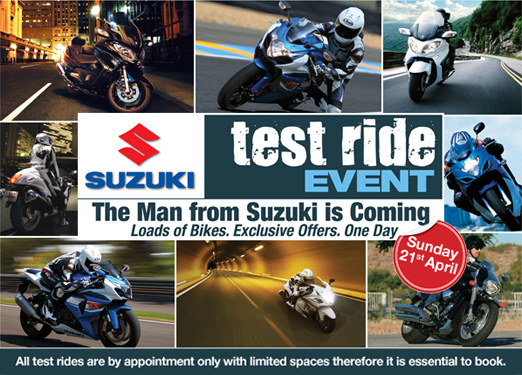 Join us at Fowlers for another fantastic Suzuki Test Ride Event! The man from Suzuki is coming and bringing his huge fleet of demo models with him making this the perfect opportunity for you to try before you buy!

Bikes available to test ride* include a selection of new models for 2013, such as the NEW Hayabusa ABS and the NEW Burgman 650 ABS Executive luxury scooter, alongside other popular models including the GSX-R1000, GSX650F and the muscular Intruder M1800RZ cruiser. See below for the full range of demo bikes* available.